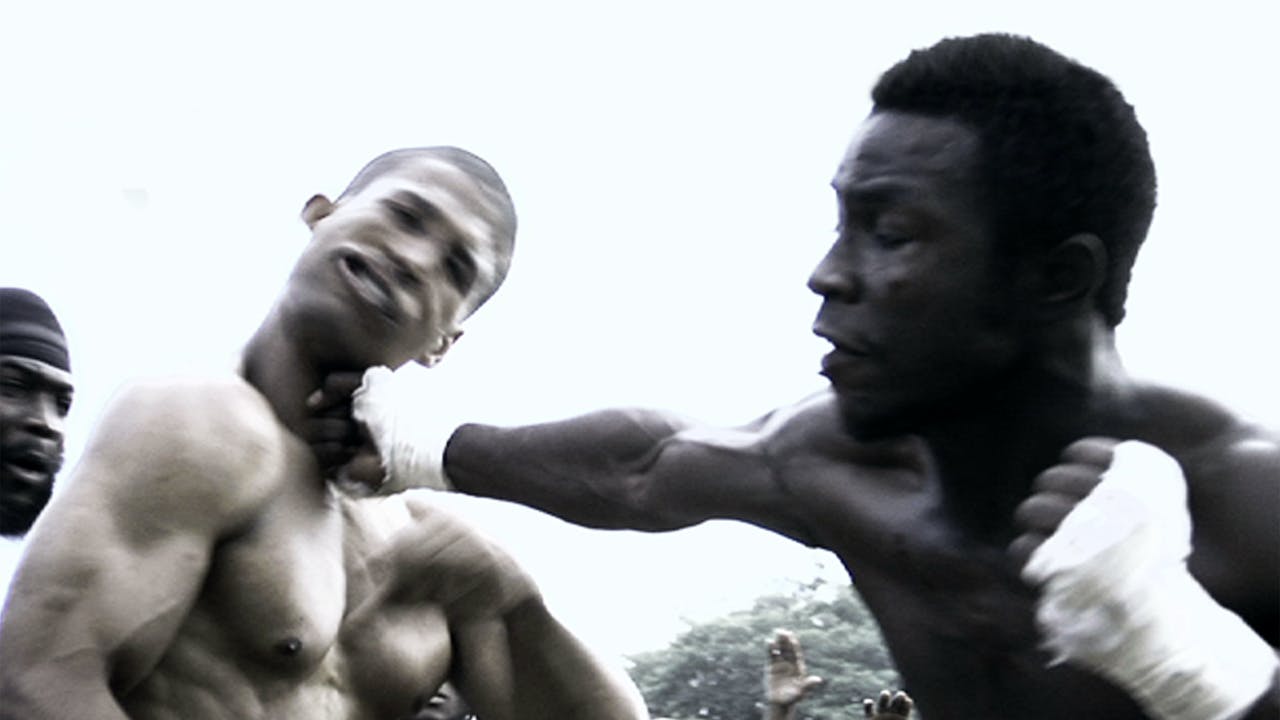 West Perrine, Florida is an impoverished pocket of Southwest Miami-Dade County, where over 73 percent of its residents are African American, and more than a third of them are unemployed. Violent crimes occur on a daily basis in this neighborhood of less than two square miles, where much of its adult male population winds up dead or in prison before their 30th birthday.

But among the blight, there is hope.

Standing at 6’3, weighing 270lbs and with a mohawk crest crowning his head, Dhafir “Dada 5000” Harris is a statuesque and imposing figure- a fist waving warrior who gained notoriety through bare knuckled battles as part of the crew of Mixed Martial Arts sensation Kimbo Slice, a childhood friend. When Kimbo’s manager buried video of Dada’s spectacular backyard fight debut, for fear of Dada overshadowing his rising superstar Dada trades his time in the ring to start organizing brutal amateur bouts and becoming a backyard brawl impresario. Using his mothers yard as a venue, he builds a ring and quickly cements himself as the Don King of illegal fights. No doctors, no ambulance. Just two men in a 12’ x 12’ ring battling in a savage bare-knuckle fight to the finish, all in search of a little glory but more importantly of some cash to feed their families as they literally try to fight their way out of poverty and out of the hood.